Brainstorming as a Flexible Management Tool

Having accepted the responsibility of managing a department that employs many creative engineers who have diverse interests and backgrounds and work in four largely autonomous areas of technology, I was faced with various challenges. The most critical were to develop a personal understanding of the department's capabilities, to establish technical direction for the department, and to develop the next year's internal research and development plan.

Although I did not wish to change the department’s basic character, there were certain operational modifications I felt would have long term benefit. One area was communication among the four technology areas. I believed each area could benefit and grow from an understanding of the problems, limitations, and capabilities of the other areas.

This could certainly be achieved over a reasonable period, but next year's internal research and development plan was due in less than three months. This deadline posed a particular challenge because my background did not include significant experience in any of the four technologies.

I looked on this task as a vehicle for gaining a better understanding of the capabilities and interests of the department's senior staff.  I believed this would be invaluable in guiding the development of the department's product lines and pursuit of new technologies.

This belief led me to tap the potentials of Brainstorming as a flexible management tool.

Brainstorming as a problem-solving technique was developed in the 1930s by Alex F. Osborn. Several authors have described brainstorming as a technique to solve problems, generate new product ideas, and help develop a team spirit. Over the years it has been used, and possibly misused, to accomplish many other ends. My intent was to use the technique to solicit ideas to help meet the following goals:

Ground rules for creating an atmosphere, stimulating and maintaining the free flow of ideas needed for a fruitful brainstorming session exist plentifully in the literature. Summarized below, in order of importance, are rules I believe are essential for successful brainstorming:

To free the brainstorming sessions from constraints and interruptions of the normal workday environment and promote a more relaxed atmosphere, I held sessions off company premises at a private residence.

For the 14 people I wanted to attend, I planned two sessions. The number of topics per session was increased to five to ensure each group could devote a full day without running out of areas to explore.

The participants were given one week's notice and asked to give do some selective reading about future hardware advances, which might interest our customers and add focus to our internal research and development plans. They were told the first topic for discussion would be technology related. However, they were not informed of other specific topics to be discussed, as I wanted them always to focus on the current topic and not be distracted by looking ahead.

Each of the two groups represented a cross section of the four technical areas. They were scheduled on consecutive days to cut down the chances the first group's ideas and discussions would bias the second group.

The discussion focused on the first topic until it became obvious ideas were drying up and conversations were beginning to drift. Then the next topic was opened for discussion.

A stand-up flip chart was used to log ideas as they were generated. Each filled page was torn off and taped to the wall so everyone could review the suggestions. Toward the end of each day, as the flow of ideas slowed, we reviewed the lists, topic by topic, each person selecting two or three ideas they were willing to write about.

The following week I assigned ideas no one selected to appropriate participants, so each idea would be supported by at least a brief explanatory paragraph, to clarify the entries on the flip chart for readers who had not attended the sessions. (In fact, this proved not to be necessary since those who took interest in the results grasped the ideas readily).

I found a leader cannot contribute as much to the second group as to the first, mainly because of their knowledge of the previous day's activities. Several times, the second group's discussions appeared to parallel the first group's thoughts, only to result in a totally different idea. In addition, there was not any significant statistical differences between the two groups with respect to the number of ideas on any single topic.

Each idea was evaluated as to which product line it might impact and which of the four sections within the department would be involved in its implementation. The ideas were also reviewed to determine if they should be candidates for the upcoming research and development plan. Each idea was assigned a priority, reflecting its potential impact on the department's business plan. Those ideas with high priority, also qualifying for research and development funding were added to the plan.

Those high priority items not qualifying for the plan were given increased attention by senior members of the department. The nontechnology topics were reported, without editing, to management.

Most ideas presented warranted follow-up and aided in establishing direction for the department. Significant progress was made toward the goals we set out to accomplish. My understanding of the capabilities and interests of the people who attended was enhanced, and as expected, communication between participants improved.

Each participant developed a better understanding of each intradepartmental area and its principal area of interest.

Many ideas raised were given more focused attention than they would have received without the benefit of the sessions. Many thoughts and suggestions generated during the two one-day sessions are now a matter of policy in the daily operation of the department.

Brainstorming surfaced several ideas that have been and will be useful in establishing technical direction for the department. Many technical ideas will be useful in determining future research and development planning. The overall results were easily worth the cost of the sessions. As hoped, communication between participants improved, which resulted in a smoother running, more efficient operation. 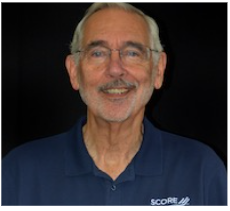 Bob Kerwin has been a SCORE mentor for 13 years and is a former Electronics Design Engineer, Project Manager and Assistant Division Manager at Hughes Aircraft Company.